Theatre that feeds the mind, invites discovery, and sparks conversations 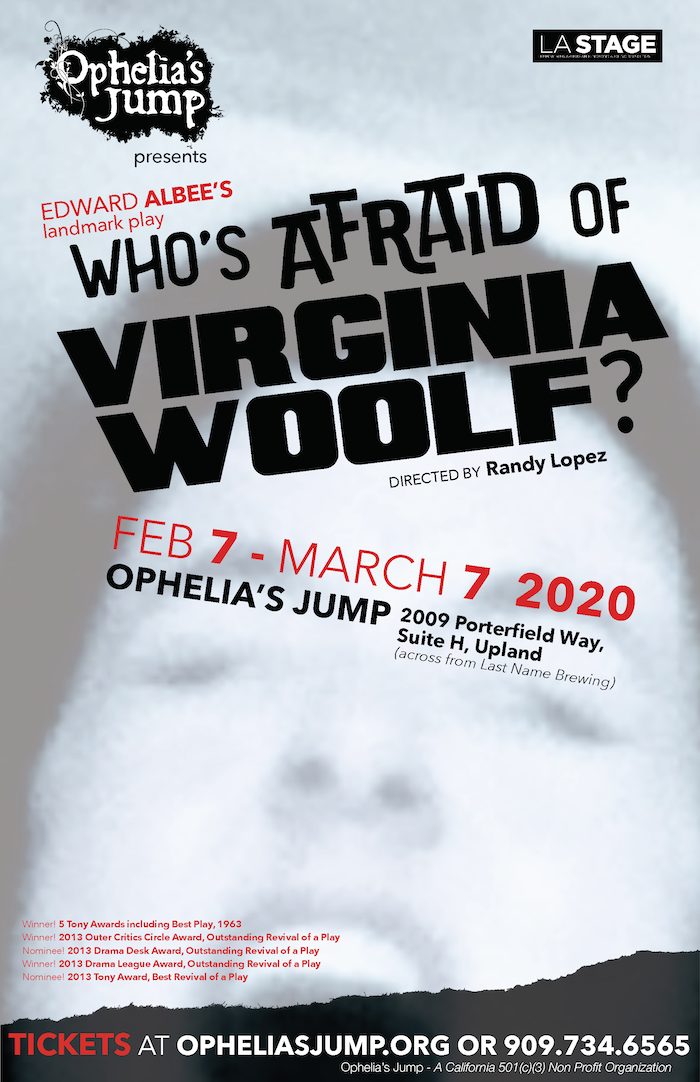 George, a professor at a small college, and his wife, Martha, have just returned home, drunk from a Saturday night party. Martha announces, amidst general profanity, that she has invited a young couple—an opportunistic new professor at the college and his shatteringly naïve new bride—to stop by for a nightcap. When they arrive the charade begins. The drinks flow and inhibitions melt. Truths and lies are shot back and forth in a dizzying volley of wit and words. But underneath the edgy banter, lurks an undercurrent of tragedy and despair. George and Martha’s inhuman bitterness toward one another is provoked by the enormous personal sadness that they have pledged to keep to themselves: a secret that has been the foundation and the straitjacket for their relationship. In the end, the mystery in which the distressed George and Martha have taken refuge is exposed, once and for all revealing the degrading mess they have made of their lives, but perhaps opening space for a real life together.

“Albee’s play is tragic in that it shows an intelligent couple retreating into verbal violence and grotesque games-playing to camouflage their unhappiness. But it is optimistic in that George and Martha finally shed their illusions and face up to the bitter truth. The greatness of Albee’s play lies in its unspoken wish that the American nation might itself one day have the courage to confront reality.”
– Michael Billington, The Guardian

“…fabrication, delusion and manipulation are integral to the play. Like Beckett and his existentialist comic nightmares, Albee mines a pitch-black absurdism. Fifty years on, and he’s still one step ahead of Broadway.”
— Elisabeth Vincentelli, The New York Post